The payday loan industry has always had its cowboys – that’s no secret. But how has the Government actually chose to respond to those calls to help curb the more exploitative aspects of the industry? For many years, the answer seemed to be “not that much”, which simply gave credence to arguments that payday loans were something of a ‘Wild West’ in the wider financial services market.

It would be difficult to make such accusations now.

In the below infographic, can be found a rundown of the raft of legislative changes that have lately been made to payday lenders, and let’s just say that they hardly constitute mere fiddling around the edges. Indeed, a cap on the cost of credit alone was said by the Financial Times to be likely to ring the death knell for “99 per cent” of the UK’s payday lenders.

The drastic changes include a cap on a loan’s initial cost – covering the amount charged, fees and interest – of 0.8 per cent a day, meaning that for every £100 borrowed, the maximum that a payday lender can now charge a day is 80 pence. A cap has also been put on the amount that lenders can charge borrowers in the event that they default on their loan – £15.

Crucially for many customers that find themselves crippled by escalating debts, there is also now a cap on the total cost of a loan, of 100% of the loan amount – meaning that borrowers will never owe more than double the amount that they were originally lent. Taken out a £100 loan? Even with all of the interest, fees and other charges applied, you shouldn’t have any more than £200 to pay back.

Don’t believe the grumbles of the cynics – the payday loan industry really is changing,

albeit while being dragged kicking and screaming, in the case of some of the less scrupulous lenders to which we can happily say goodbye. The result is a much cleaner industry, with payday loans suddenly a far safer source of short-term financial support than was sometimes the case in the past. 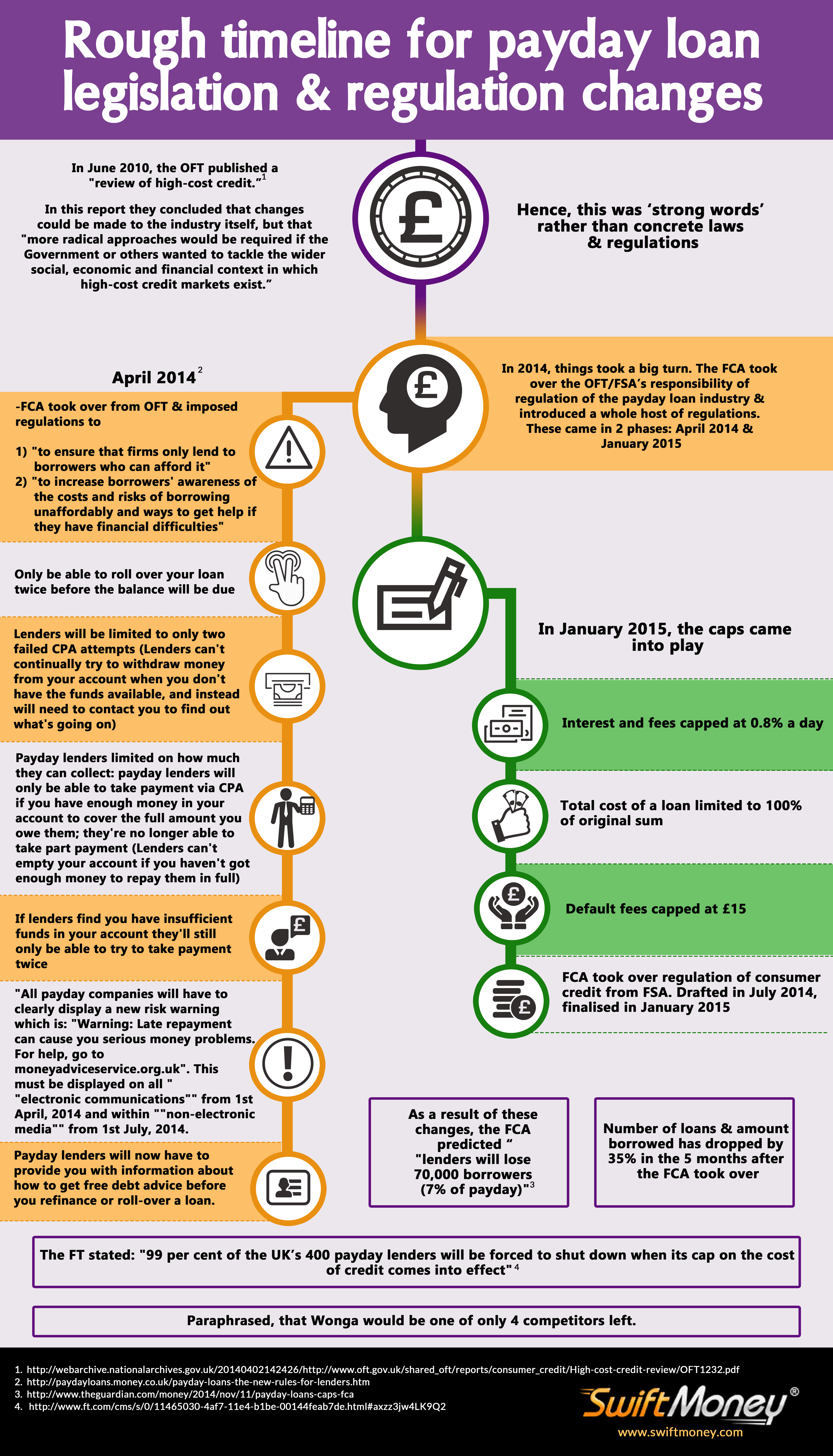 How Legal DIY Services Have Developed Over the Years →

Can Banks learn anything from Ryanair? →